As the TEAM competed in Limerick this weekend, two of the clubs athletes Ellen Walshe (13) & Niamh Murphy (21) headed to the Scottish National OPEN Championships to prepare further for Summer Competitions.

Walshe is already selected for the Irish TEAM travelling to EYOF (in Tbilisi, Georgia) in July with Murphy heading also to the Portugese Nationals after both girls complete their Irish Racing at the Irish National Age Group and Summer Open meet in 3 weeks.

Walsh kicked off Day 1 with a solid swim in the 100BF heats and 400IM heats to qualify for both event ‘B’ Finals where she produced an impressive new PB to win the ‘B’ final in the 100BF and equalled her heat swim in the 400IM.  Murphy was delighted with her best swim in the 200FC in 2 seasons as she produced a well controlled effort to set up further swims for the weekend.

On Day 2 Walshe continued to show good form as she raced the 200IM but was outside her best and failed to qualify for the finals.  Murphy too put in a good heat swim to produce a best heat time for over 18 months in one of her favoured sprint FC events but narrowly missed qualification for the finals.

Day 3 was a productive affair for Walshe who produced a PB in both 50BF & 100BC, while Murphy also delivered a seasons best in the 50BF but the event built to a crescendo on the final day as Walshe produced a stunning heat swim PB in the 200BF to qualify for the open final.  Murphy too produced her best heat swim year-to-date in an open event but narrowly missed the ‘B’ final, before securing same in the shorter 50BS event where she progressed to the final delivering a placing improvement from heats but in a similar time. 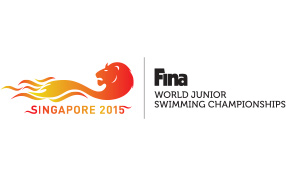 The swim of the weekend, was watched as Ellen then swam the 200BF final, where from a side lane, she maturely and skillfully put together another big PB to secure a time that qualifies her for the WORLD JUNIOR CHAMPIONSHIPS in Singapore in late August.

Something that I put together some years ago.... I think for a Clinic with Athletes on the importance of
Ready.... 11:45